Halloween – a tryst with the departed

The end of autumn, harvest – the end of a natural cycle of life! Then winter, when all the life seem to disappear, once again preparing for resurrection! So this is an apt time to connect with the dear departed. Halloween is just that occasion. The three day-long observance starts on October 31st.

Origin and evolution of Halloween through centuries

Halloween has its origin in the pagan Celtic festival Samhain pronounced as sah-ween. They celebrated this festival to humor the departed spirits that come to wander on earth during this transitional period between the cyclic life and ultimate death. Winter is often connected with death. The priests called the Druids, lighted sacred bon-fires with many sacrifices and other rituals to please the spirits, thus warding them off from mischief. After that, they will light their hearth with the fire from the holy bon-fire to start a new cycle once again.

The Celts had occupied most of the British Isles and a part of Europe from the first century AD. They were simple people who depended greatly on nature and its manifestations. For the same reason, the religious practices were more of the pagan nature. They believed that at the end of the autumn, just before the winter, the spirits of the dead and other supernatural beings come to haunt earth. They also believed that this is a time when their priests and many among them were bestowed with special abilities like fortune telling.

With the invasion of the Romans in 43 AD a few modifications were made in the Samhain festival. The Romans combined their own festival for the dead which is celebrated in the latter part of October, Feralia, with Samhain. Since it is the end of the fruit season, the Roman festival in the honor of Pomona, the goddess of the fruit, also was combined with it. So the festival of the dead was added with some merry aspects also. ‘Bobbing’ for apples can be traced to this fact.

But it was the time Christianity was fast catching up. So by 1000AD there occurred many changes and the ancient Pagan festival of the Celts was more or less Christianized. The Christian missionaries were bent on annihilating the paganism of the festival; but instead of banning the festival altogether, they gave it more of a Christian color, which worked out well.

In the 8th century, Pope Gregory III had shifted the All Saints’ Day dedicated to Christian martyrs, from May 13th to November 1st, coinciding with the Celtic festival. But by the end of the 1st millennium November 2nd was declared as ‘All Souls’ Day. So it began to be known as All Hallows Eve. ‘Even’ was the word for evening in Scots and it became All Hallows Even and later shortened as All Hallows e’en. Eventually it was known as Halloween.

Now the festival is conducted in the typical Christian way, with parades, services for the departed souls, costume parties etc. The festival acquired a cheerful aspect. Many religious conventions were included. One of them is ‘a’souling’, in which the poor Christians come begging for food from the affluent families, promising to pray for their dead relatives in return. They were served with a special kind of cakes called ‘soul cakes’.

Now Halloween is an occasion for merriment, humor, pranks and candies. One of the main features of Halloween is the bizarrely carved pumpkins in which candles are lit, to make them macabre lanterns. These are called ‘Jack o’ lantern’. There is a folk lore behind this lantern. The hero is a very clever villager known as ‘Stingy Jack’, who was smart enough to trick devil for his own gains but managed to get a promise that he will not claim Jack’s soul after his death.

On his death, because of the not-so-acceptable tricks played by him on the devil, he was denied permission to enter heaven and he could not be accepted to hell because of the devil’s promise. So he is believed to be wandering on earth with his lantern. That is why it is termed ‘Jack o’ lantern’.

The European practice was to carve the lantern out of large potatoes or turnips. But when the Halloween came to America with the Irish immigrants, the lantern was carved with pumpkin which is the most popular vegetable. It is easy to carve the pumpkin.

Now a lot many customs are introduced. Costume parties and parades are an integral part of Halloween; so is the ‘trick-or-treat’. This is mainly for the children and youngsters. They travel around the area in weird costumes imitating ghosts and ask the house owner, “trick or treat?”, meaning, if they are not given a treat of food, some mischief will be done to the house. So they get away with special food and candies.

These three days are dedicated to whatever is uncanny and fantastic. As a result, watching horror movies, visiting haunted places, playing scary pranks on others, conducting horror story telling groups etc. became necessary components of the celebration.

Alternatively, Christians in many parts of the world conduct services for the souls, clean up and decorate the graves of the relatives and light candles on their graves. The festival has assumed joyous characters now and has become national holidays.

Halloween is the All Saints’ Day, even if it has acquired weird character. Now it is celebrated with all types of entertainment. Now people celebrate the occasion according to their whims and fancies. Gifts are inevitable objects when you celebrate. We have innumerable gift articles that will suit every festival. 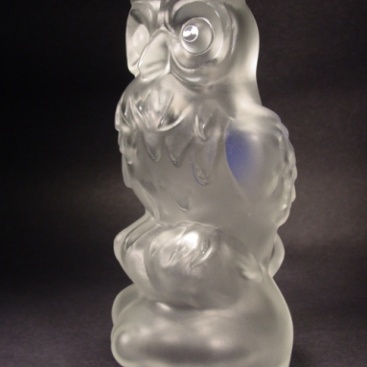 Made in USA ceramics 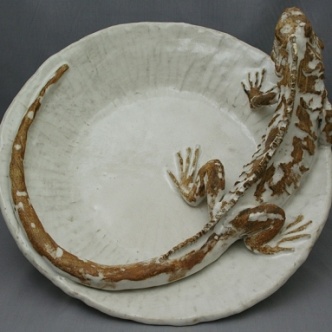 There are the most suited gift articles for Halloween because of their bizarre appearance. All the items feature weird looking creatures. Choose the most unusual items for your unusual friends. All the same they are great décor items.

The Frosted glass items are magnificent articles. The carvings done on the frosted glass are fantastic. They will please anyone beyond measure. 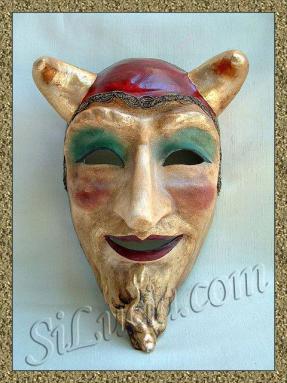 Masquerade is an integral part of Halloween. Browse th 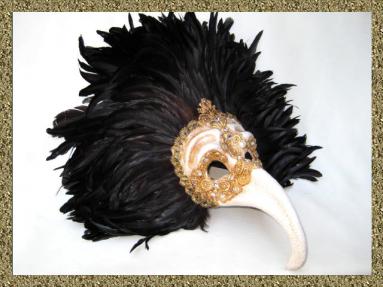 rough our collection of Venetian masks and please your loved ones with an opportunity to have fun wearing fantastic masks.

1001 shops.com is committed to provide its customers with the items that will please them immeasurably. We have numerous gift articles that are genuine. We bring you the items that carry a wealth of European tradition and heritage. The French, German and Venetian articles are manufactured using traditional techniques by traditional artisans.